We Can’t Stop Beating the Drum on “Raise the Age” 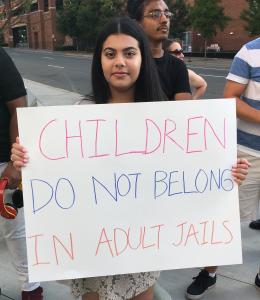 On July 16th, I traveled to Durham, North Carolina, to attend the National Juvenile Justice Network’s annual conference. After checking into my hotel, I headed to the downtown Durham County Detention Center, where I joined dozens of other people from around the country who had gathered to hold a vigil in honor of Niecey Fennell, a 17-year-old girl who died while being held in the adult detention center.

I think about Niecey often. I thought about her on August 28th when I testified in support of the Texas Juvenile Justice Department’s Legislative Appropriations Request. During my testimony, I continued TCJC’s advocacy for a “raise the age” measure that would increase Texas’ age of criminal responsibility from 17 to 18. Texas sadly remains 1 of only 4 states to automatically send 17-year-olds to the adult justice system.

My testimony emphasized the importance of reducing the number of kids at the juvenile probation and state secure levels, and how doing so can help free up capacity to accommodate 17-year-olds who could be impacted by the passage of a “raise the age” measure. I also talked about the importance of including any potential costs of raising the age in the Department’s long-term planning.

I thought again about Niecey on August 29th during my testimony before Texas’ House Corrections Committee; the members were studying state policies and practices regarding 17- to 25-year-olds in the adult justice system. You can watch archived footage of my testimony here, beginning at the 53:13 minute mark. I shared that an alarming 42% of 17-year-olds on adult probation have their probation revoked within 2 years—twice the rate of revocation for folks 25-years-old and older. This clearly demonstrates what TCJC and other experts have been saying for many years—that 17-year-olds would be better served in the juvenile justice system.

It won’t be easy for Texas to change its ways and adopt a “raise the age” measure. It’s going to require many smart and dedicated people coming to the table in good faith to hammer out the details. But it can be done, and it will be worth it. 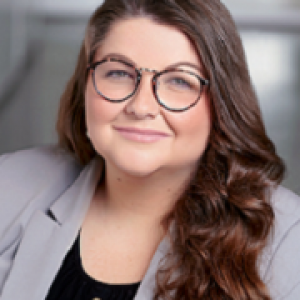