What My Time with TCJC Taught Me About Leadership and Justice 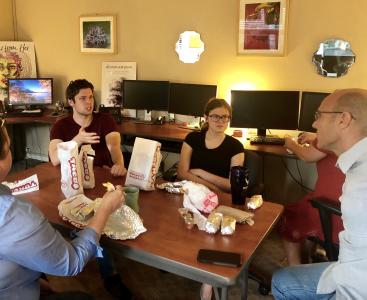 Finding the Texas Criminal Justice Coalition was a bit of a fluke—or at least that’s how it felt at the time. Doug Smith, TCJC’s Senior Policy Analyst, had come to speak to one of my classes at St. Edward’s University in 2018. I spoke to him after his presentation and asked for one of his business cards. About a year later, when I decided I wanted to spend my summer making a difference, I found his card. Our conversation was quick, and I began my internship with TCJC that summer.

My first assignment was to work on what we called the Travis County (Austin) Data Project, which would later contribute to this report on ending the war on drugs. When I realized I had landed myself in the middle of a serious data project, I was less than thrilled. I had always claimed that I wasn’t a research or policy person, and spending my days collecting data in the Travis County Courthouse didn’t sound ideal to me. But after my first few weeks of reading affidavits, I realized I was angry. I was angry about how people were treated, and I was angry about the disparities I was seeing in front of me. I’d had my own opinions about how I thought the system worked, but to my dismay, it was even worse in reality. I realized that we were doing more than gathering data; we were painting a larger picture of how the criminal legal system worked in Travis County.

Once the summer ended, I was allowed to continue my work with TCJC over the course of the next year. In my research, I identified a troublesome police practice revealed by the data: In situations involving overdoses or mental health crises, people were often arrested upon release from the hospital or after they were cleared by EMS. People who had just experienced a medical or mental health crisis were put into handcuffs instead of being met with the compassion and connection to resources they deserved. I wrote a new section of the report, and I researched ways to prevent arrest and get people the help they need.

This was when I felt myself come into my own as a young professional. I realized that doing policy work was something I was passionate about. Over the following summer, I was given the opportunity to help lead a policy research team at TCJC.

My experience with this organization has impacted the way I view myself as a leader and leadership in general. I think people often assume being a leader means having control over a scenario and delegating tasks because you are an expert. In reality, leadership is about collaboration, understanding how your choices impact your outcomes, and investing in others. When it comes to something as complex as the criminal legal system, you have to be open to learning and understanding perspectives. Part of what makes TCJC so amazing is the freedom and trust they give their interns and teams. Everyone is able to feel as if they are leading or contributing in their own way.

My work at TCJC has only furthered my belief that people are worthy of second chances and deserve a system that wants to help them be the best version of themselves. We see people arrested for what I think of as human experiences. Someone is struggling with their mental health or a substance use disorder, or simply just made a mistake. These things could happen to anyone, yet we criminalize people and do little to help them solve these underlying problems that got them to where they are. I’ve learned that so many of the solutions that can really help people lie outside the criminal legal system. We have to start changing the way we define justice if we truly want communities to be safe.

My time with TCJC has provided huge amounts of personal and professional growth. I always joked that by the end of my first summer they would have me converted into a “policy person.” To say they succeeded is an understatement. It is because of TCJC that I chose to pursue a Master’s degree in Social Work with a concentration in policy. 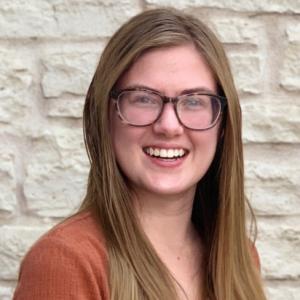 Ashlyn Branscum graduated from St. Edward’s University in 2020 and is currently pursuing a Master’s degree in social work. From summer 2019 through summer 2020, Ashlyn served as a Policy Associate with TCJE, where her research focused on making Texas’ justice system more restorative and redemptive.