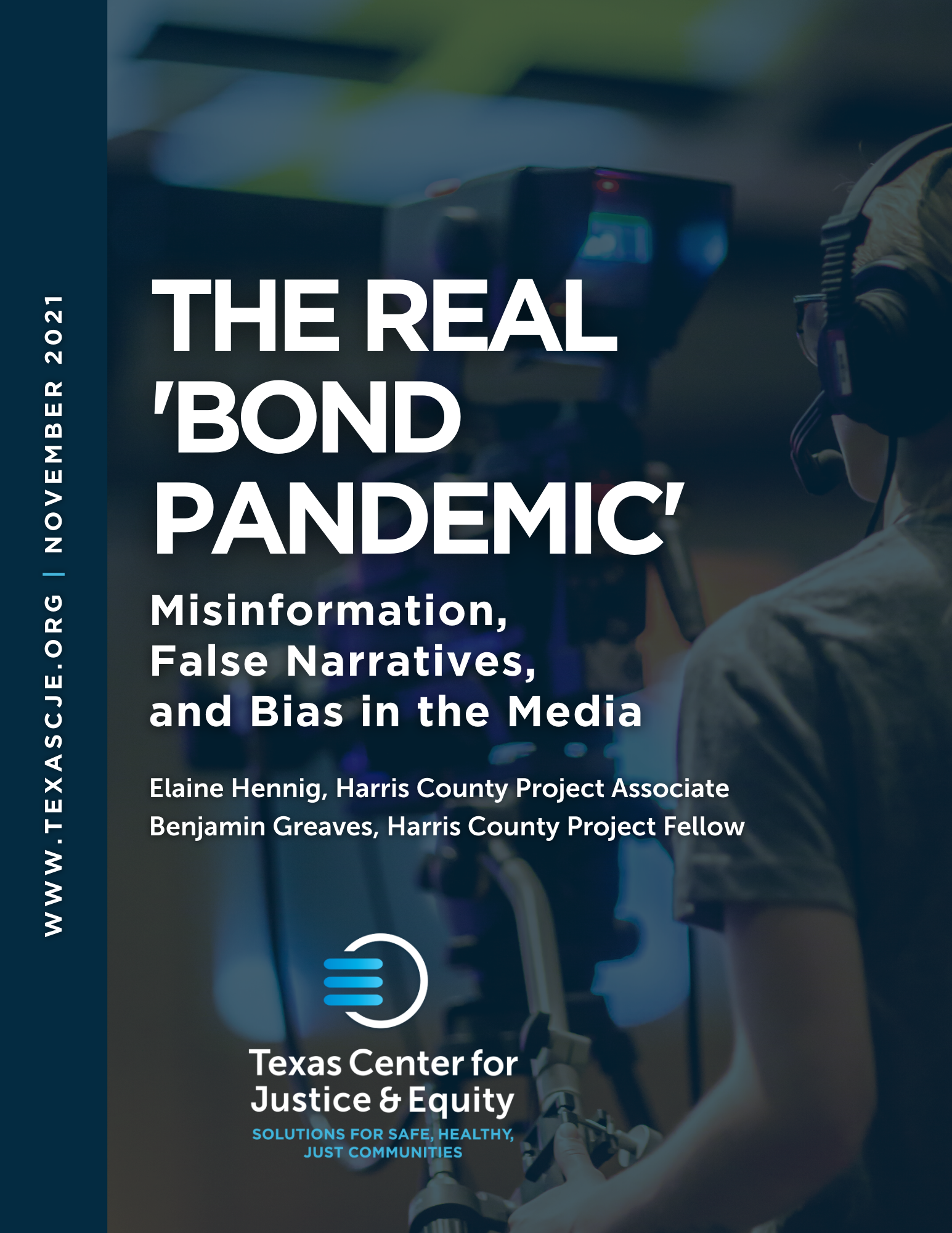 In November 2021, TCJE released Part I of our series on media bias in Harris County. It analyzed 226 news articles run by six Houston-area television stations – KHOU, KPRC, KRIV, KTMD, KTRK, and KXLN – between January 2015 and June 2021. The results of our investigation were shocking. We found that a large proportion of local stories have a negative slant on bond reform and/or intentionally conflate the positive changes happening in the misdemeanor bond system with the larger, vaguer concept of “bond reform.” Further, most of these stories can be traced to one of a small number of sources with a vested interest in a negative perception of bond reform.

You can read the full text of Part I in PDF form here, as well as online here.

Explore the page and links below to evaluate specific outlets and quoted sources, read examples of articles that show the local news media’s malpractice, and find recommendations and other resources.

TCJE analyzed 226 news articles run by six Houston-area television stations between January 2015 and June 2021. While the primary focus of our analysis was bias against bond reform, we also reviewed 15 other key variables, such as referenced ‘experts’ and the defendant’s race or ethnicity. Our analysis reveals that many local media stations disproportionately publish biased articles in their reporting on bond. Each card below flips to offer top-line statistics and a link to further information.

We selected several articles from our sample as case studies that exemplify the reporting issues highlighted in our report.

Hover over the underlined text in each article to see our annotations, which identify sources of bias, contextualize false or misleading claims, and unpack the assumptions underlying negative bail coverage.

For example, one quote from a high-profile opponent of bail reform is misleading:

“The revolving door at courthouse is playing a significant, major role in the increased crime rates."Despite opponents' efforts to link Houston's 2020 "crime wave" to bail reform, empirical evidence demonstrates that releasing people pretrial does not harm public safety. In reviewing data from several jurisdictions that implemented bail reform, The Prison Policy Initiative found that the vast majority of jurisdictions saw decreases or negligible increases in crime after implementing reforms.

Though many factors contribute to the imbalance in coverage of bond, the use and selection of ‘expert’ references is particularly revealing. The most commonly quoted sources in bond articles are individuals and groups that have a stake in the criminal legal process against defendants; these references often explicitly voice opposition towards bond reform. Each card below flips to offer top-line statistics and a link to further information. 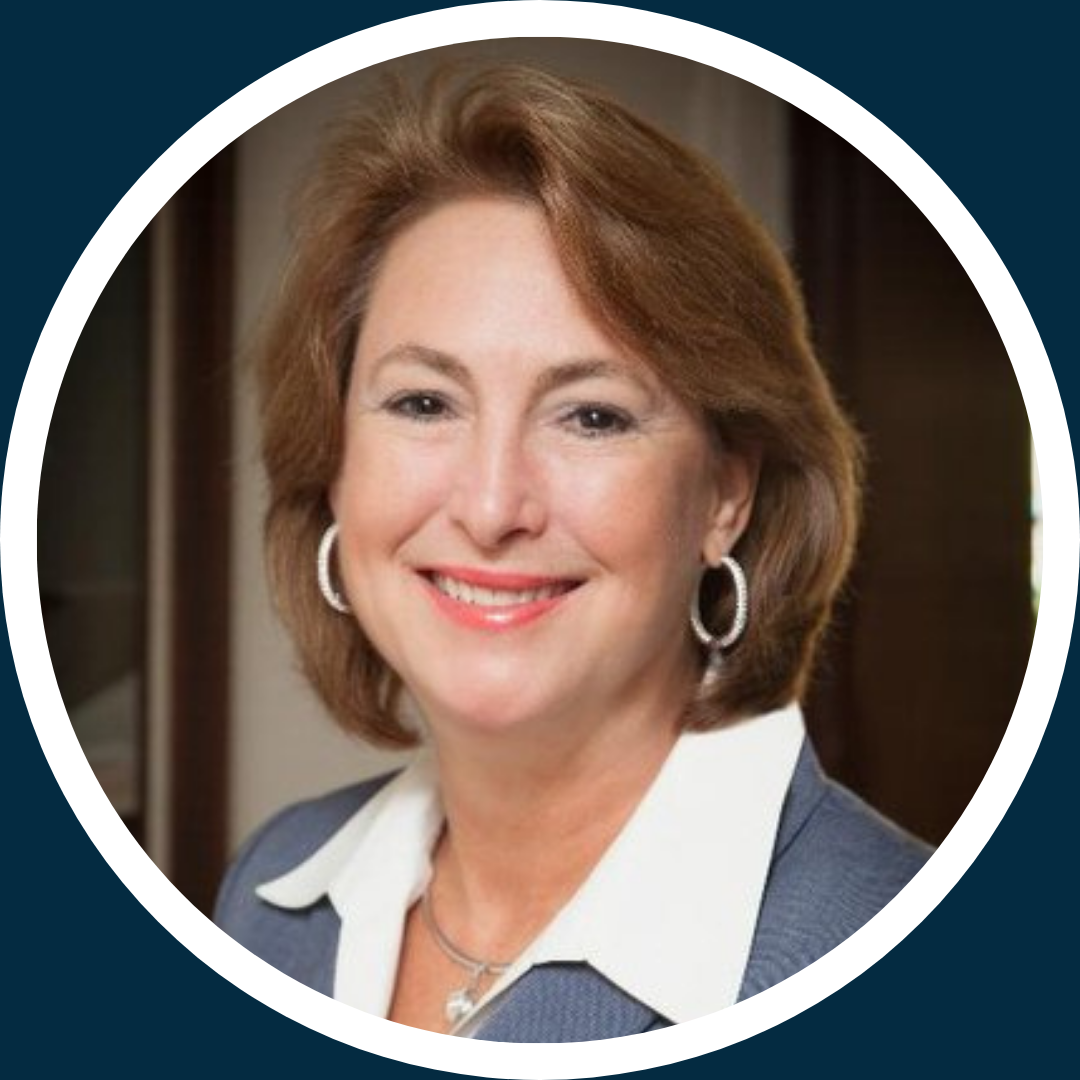 Referenced in 14 articles
(6% of sample) 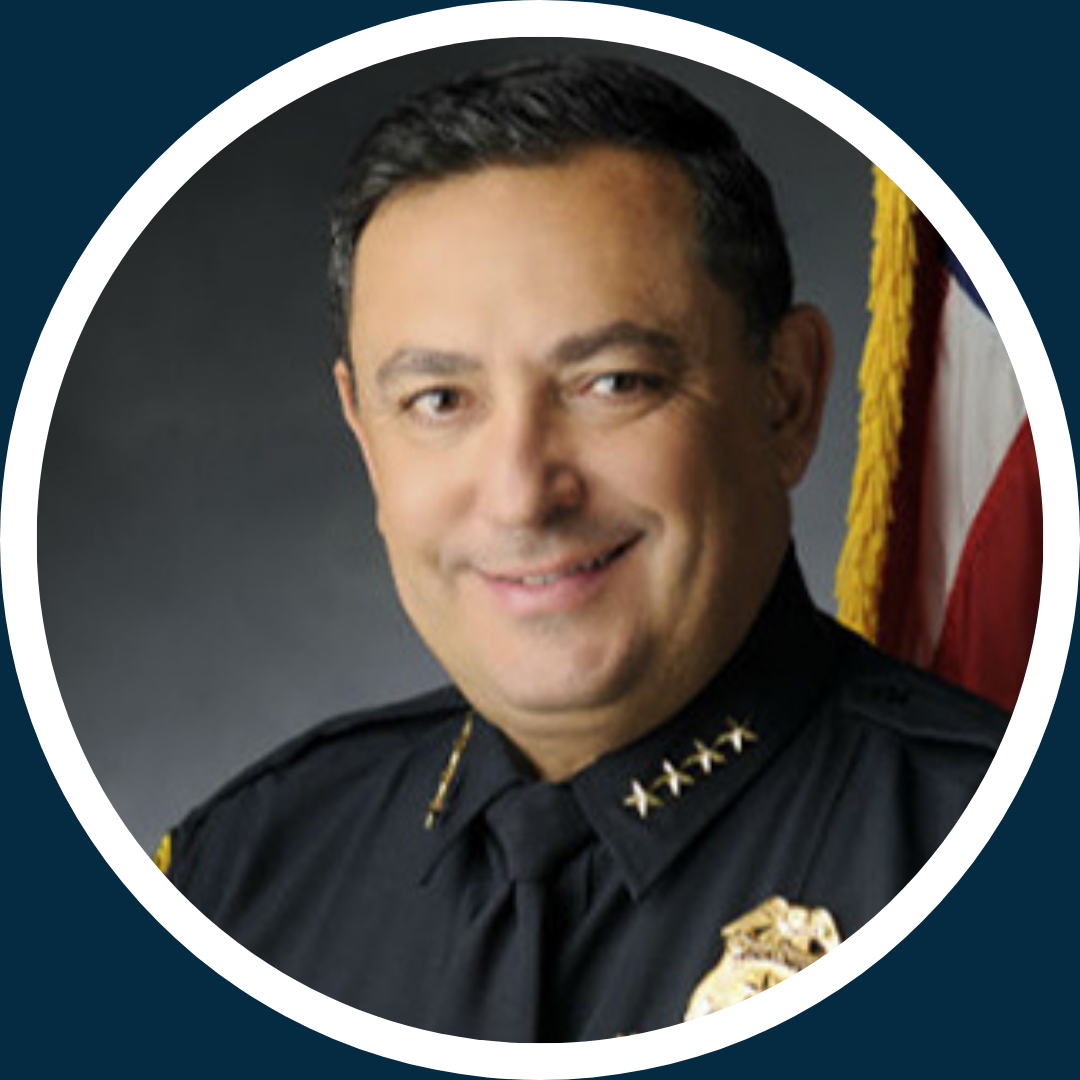 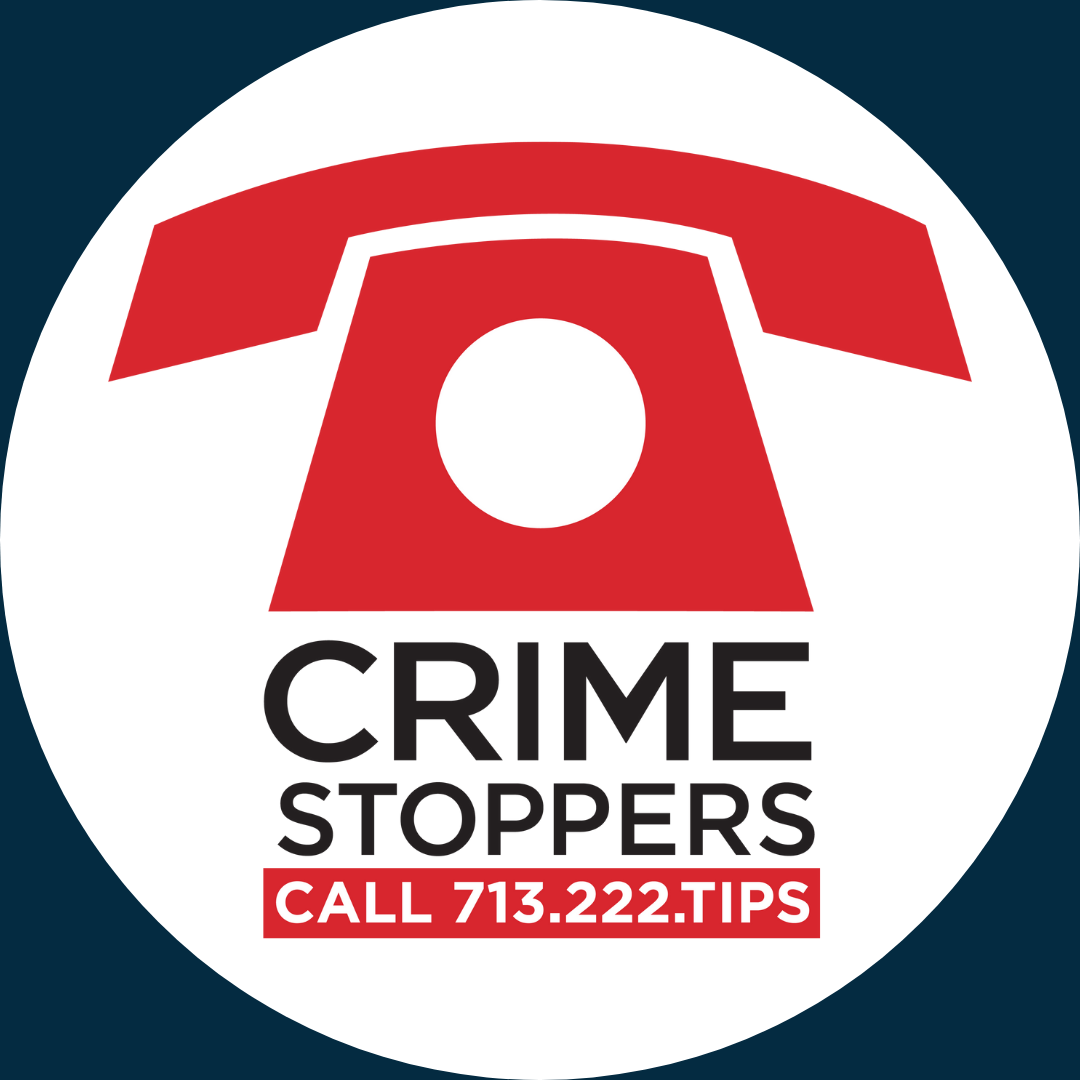 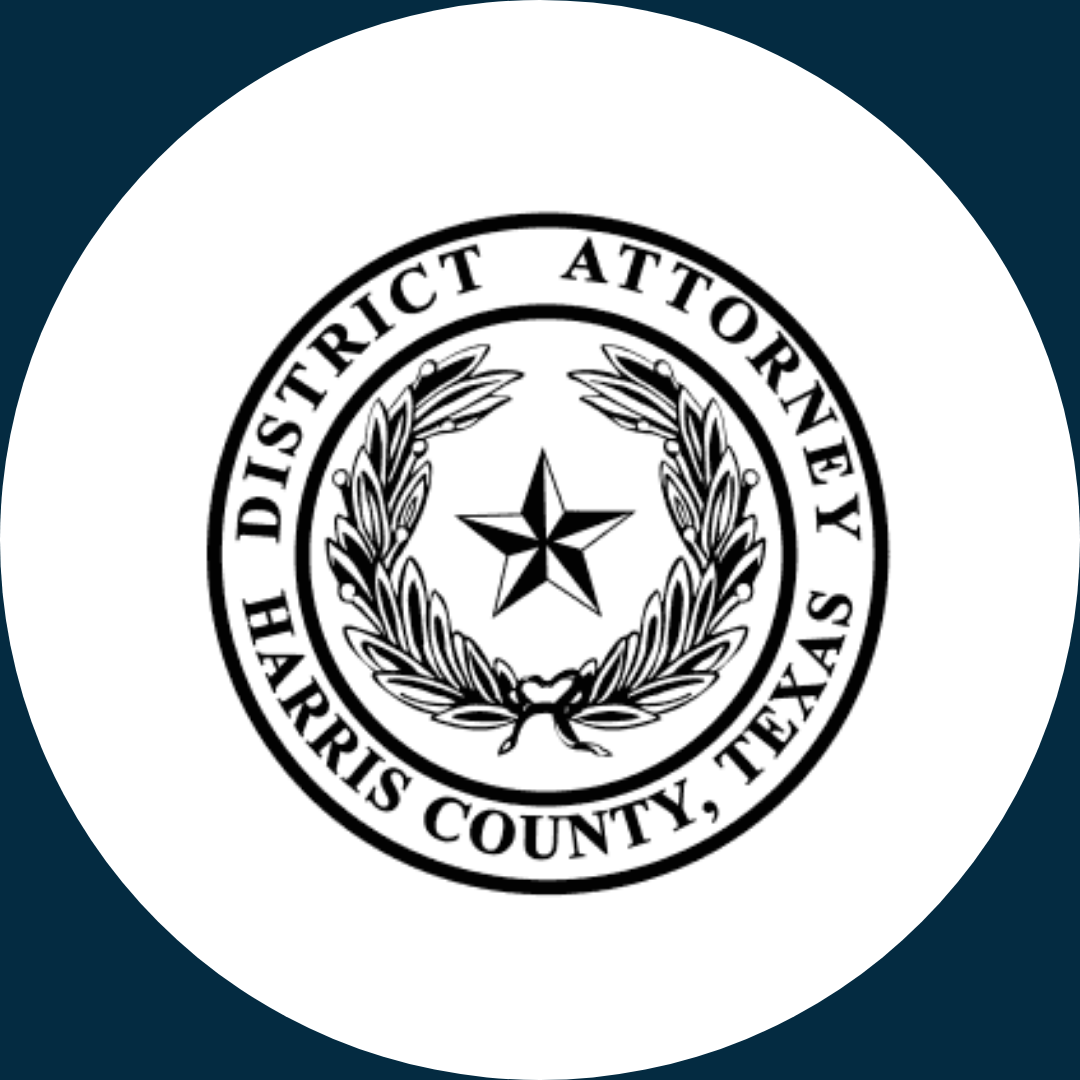 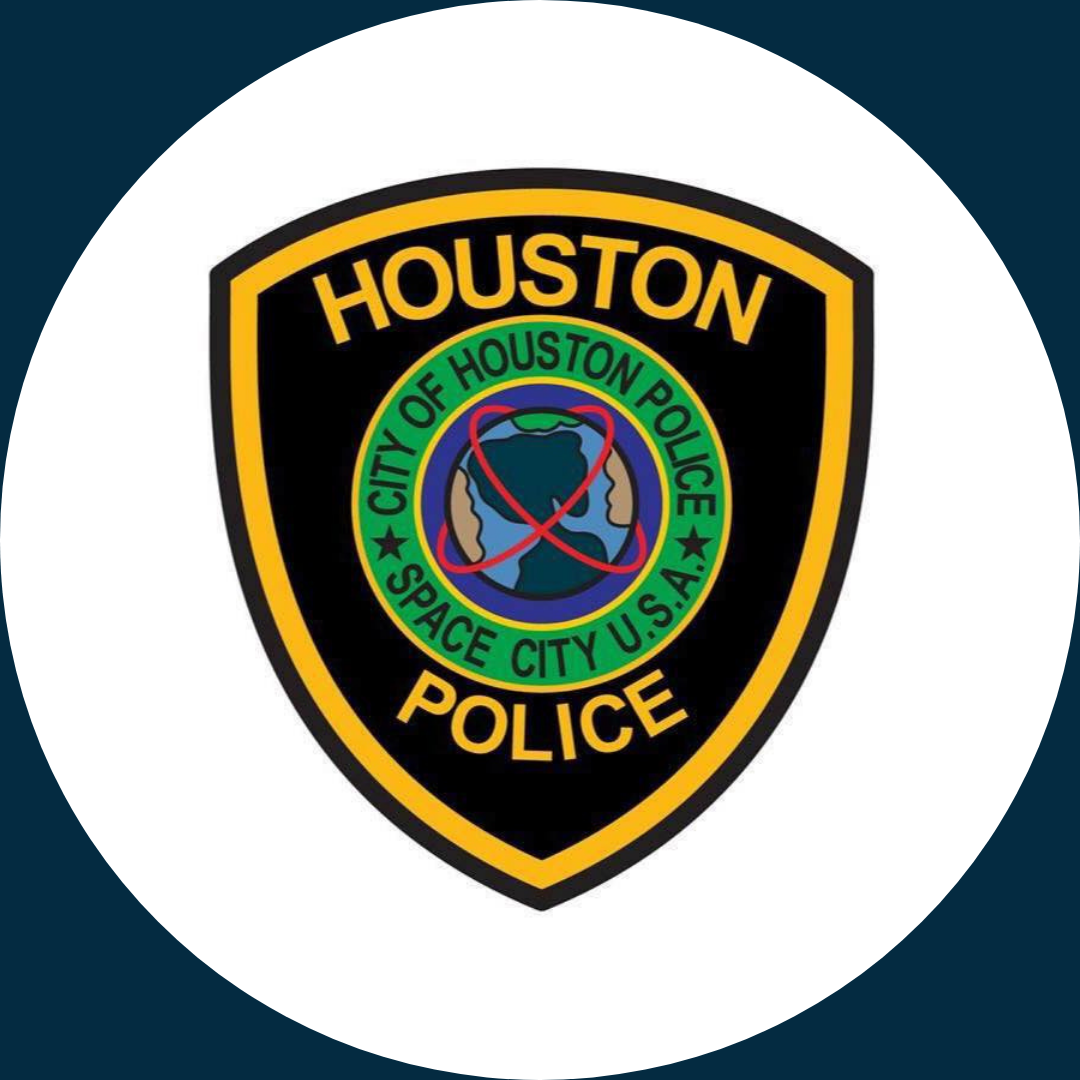 Academics and journalists have recognized the media’s complicity in the racism and harm of the criminal legal system, highlighting their role in promoting a narrative of crime that legitimizes the police and promotes maintenance of the status quo. In light of the findings detailed in this report, local media outlets should acknowledge that their approach to reporting on bond and bond reform functions to undermine police accountability, bolster the power of law enforcement, reinforce racial stereotypes, and undercut further reform efforts.

Read our recommendations on how television outlets can transform their approach to reporting on bond and crime.

This report is part of a series by the Texas Center for Justice and Equity on media coverage of the criminal legal system in Harris County (Houston). Find the full series here.